Vangalapudi Anitha Biography: Anitha used to be a member of the Legislative Assembly for the Payakaraopet Assembly Constituency in the Visakhapatnam district of Andhra Pradesh for the TDP party. She is now the official spokesperson for the TDP and head of the women’s section of the party. She lost to Taneti Vanitha in the 2019 general elections. 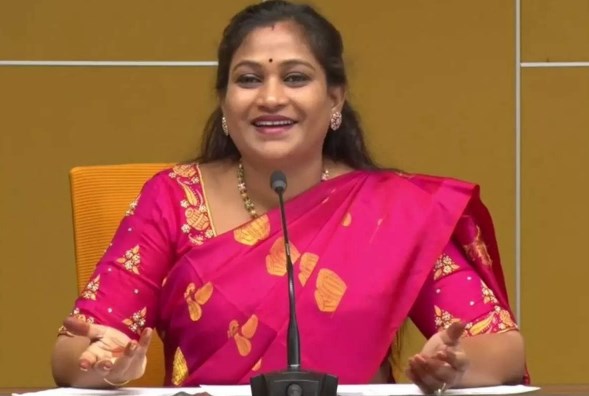 Anitha is the leader of “Telugu Mahila,” the TDP’s group for women. She is one of the most influential people to speak for Andhra Pradesh. She also participates in conversations on TV and at press conferences. Anitha Vangalapudi went to Andhra University in Visakhapatnam to get her bachelor’s and master’s degrees in education. Before she got into politics full-time, she worked as an APOSS teacher (Andhra Pradesh Open School Society).

In 2014, Anitha Vangalapudi was chosen as an MLA for the Payakaraopet assembly constituency in Andhra Pradesh. This area is part of the restricted Scheduled Caste constituency. She ran for office from Kovvur in the 2019 general elections, but she lost to YSRCP’s Taneti Vanitha. But as a major member of the TDP, she is making progress in politics.

She is the leader of the Telugu Mahila State and the official TDP spokesperson.

Anitha is one of the political leaders in AP state who has a graduate degree or more. She got her M.A., LIT (Master of Arts, Andhra University, 2009), and M.ED (Master Of Education, Ambedkar University, 2011)

She comes from an SC caste Indian Hindu family. Madiga is her sub-caste (SC).