Top 10 Telugu Web series On Youtube: YouTube has a lot of popular Telugu web series. We’ve put together a list of the best online shows for you to check out. Click here to see the most popular web shows. You don’t have to pay anything to see it on YouTube. Everything about this series is well-made, from the plot to the direction to the music. You will get a full explanation of each online series. 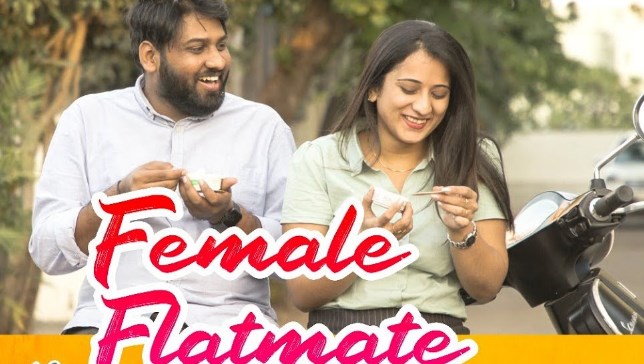 A web series about a woman who lives with another woman will come out in 2020. Bhargav wrote the scripts for this show, and Viraajitha played the main role. The story was written by Sarat Ankit Nadiminti and Bhargav Writes. With Chinna Vasudeva Reddy, Sarat wrote and put together the story. The Seema Tapakai YouTube channel has this video.

The Software Developer is the most popular web series on the website where people share videos. After being in this series, YouTube actor Shanmukh Jaswanth has become a big deal on the site. The first episode of this show has been watched by more than 15 million people. This book is about the love life of a software developer. This movie was written and directed by Subb K. It starred Shanmukh Jaswanth and Vaishnavi Chaitanya. This show was made by the company Infinitum media. Shanmukh Jaswanth has also put the video on his YouTube channel.

In the web series Madam Sir Madam Anthe, Siri Hanmanth and Shihan play a couple who fall in love. In a short amount of time, this video series has been watched more than 3 million times on the YouTube channel of actress Siri Hanmanth. The story was written by Hema Sai, and Shihan ran it. The company that made it was Infinitum Network Solutions.

Twins is a comedy-drama series where the main characters are played by Sai Kumar Babloo and Lasya Manjunath. This series has been watched by more than 1.3 million people so far, and it is now on the “Babloo” YouTube channel. It was written by Prashanth Ragathi, and Sai Raghuveer was in charge of the direction. The music was written by Pook, and Sachin TE was in charge of the camera work.

Pelli Gola is one of the web shows that people watch the most on YouTube. Life Is Beautiful’s success Abhijeet, Moin, and Rajeshkhar Aging played the main characters in this web series. Mallik Ram is in charge of making this show. This episode of the Discovery channel’s web series is now on YouTube. Two groups of people want their children to get married.

This is the second time that Shanmukh Jaswanth has played the main character, Surya, in a web series. This is the second web series to get a lot of attention, after “The Software Devloverper.” In just ten months, 18 million people watched the first episode of Surya on YouTube. The main characters of the movie are Shanmukh Jaswanth and Mounika Reddy. The music was made by Suman Vankara, Vamshi Srinivas, and Krishna Karthik Vunnava. Subbu K wrote the script and directed the movie.

In the last few years, 31 Weds 21 has been the Telugu online show that people have watched the most. What happens when a man who is 30 years old gets married to a woman who is 21? The script was written by Manoj P, and Prithvi Vanam ran the movie. Jose Jimmy made the music for the movie, and Prathyaksh Raju and Tarak Sai Prathik shot and edited it. The first episode came out on May 3, 2021, and as of this writing, over 14 million people have watched it on YouTube alone.

Sarayu clinic, a funny web series for adults, became well-known quickly. The first episode of this aired on November 17, 2019. Srikanth Reddy was in charge of the show, and Sarayu from the 7 arts YouTube channel played the Sex Doctor. This show is being watched by millions of people. So far in 2019, there have been four parts of Sarayu Clinic: The Complete Series.

Dorasai Teja and Varsha Dsouza play the main roles in the web show Misunderstanding. This show was written by the actor himself and directed by Dorasai Teja. Ranadheer was in charge of the camera work, and Sudeep was in charge of the music. It started on November 16, 2021, which was only one month after the first episode. Now, more than 3 million people have seen it.