Top 10 Telugu Music Directors: One of the most successful music industries in the world is the Telugu Music Industry. Almost all of India’s best singers and composers have worked in Tollywood. We’ve put together a list of the best Telugu musicians for your listening pleasure. 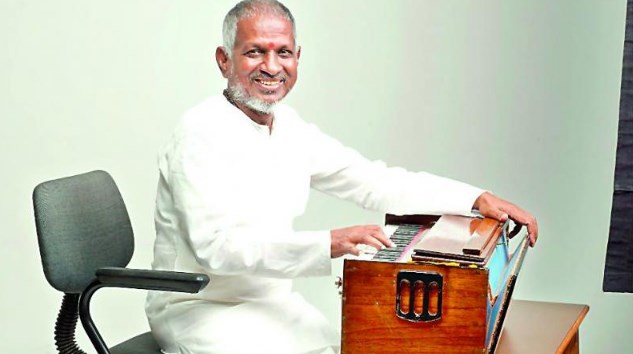 Ilayaraja is a living legend because he is one of the best musicians in India. He became famous because of Melody. Ilayaraja was called “Musical Maestro” and won a lot of other awards over the course of his career. As a native of the state of Tamilnadu, he started making music for Tamil movies in the 1970s. He wrote more than 7,000 songs over the course of his career.

Devi Sri Prasad, who goes by the name DSP, is a well-known musician in the Indian film industry. He makes most of the music for big Telugu movies. He wrote eight songs for the album Dance Party, which came out in 1997 and launched his career. During his 20-year career, he made 100 movies. In Telugu states, a club wouldn’t be complete unless one of his songs was being played.

Koduri Marakathamani Keeravani is the most well-known composer in Telugu movies. Everyone who speaks Telugu should know his name by now. Besides Tamil, Kannada, Malayalam, and Hindi, he has worked on these other languages as well. In 1987, K. Chakravarthy, who worked for the composer, hired Keeravani to be an assistant to the director. He won the National Film Fare Award for his role in Annamayya in 1997. The Nandi trophies are just one of the many honours that lie ahead for him.

Mani Sharma is a well-known Telugu music composer who is better known by his stage name, Swara Brahma. His real name is Yanamandra Venkata Subramanya Sharma, and he was born in 1975 in Machilipatnam, Andhra Pradesh. Since 1992, he has won a number of southern Filmfare awards for his music.

Happy Days was the first big box office hit for Mickey J. Mayers. In the years that followed, he worked on several critically acclaimed movies, such as Leader, A.A., Brahmotsavam, and Seethamma Vaakitlo Sirimallechettu. He is known for making music that is a unique mix of Western and Indian styles. Nagashwin’s next big projects are Shaymsingaroy and Prabh’s movie, which doesn’t have a name yet.

As of 2004, Anup Ruben is a composer. His stage name is Enoch Rubens. Teja’s first film score was for the movie “Jai,” which he also directed. But he didn’t get much attention for that. Later, movies like Ishq, Gundejaari Gallanthayyindhe, Manam, Temper, Gopala Gopala, Katamrayudu, etc. were big hits and won him awards.

Chakri, who was known as a legendary music director, died in 2014. His real name is Gilla Chakradhar, and he was born in the Mahabubnagar district of Telangana. In 1974, he was born. In 2000, Puri Jagannath made his first movie, which was called “Bach.” Chakri won the Filmfare Award for best male playback singer for his work on the soundtrack for the movie Satyam (2003)

Thaman is now the most famous music director in Telugu movies. In the background, he also sings. At the age of 19, S.P. Balasubramaniam and G. Anand taught him how to play music. Thaman’s first job as a background musician was on the 1994 film Bhairava Dhweepam. After that, he had hits such as “Kick” in 2009 and “Vakeel Saab” in 2012. (2021).

Neekosam was the first piece of music that Telugu music director RP Patnaik wrote and led (1999). When he first got into the movie business, he wanted to make movies. In 2001, Nuvvu Nenu had the best music director. Patnaik was also a good singer. Over the course of his career, he sang more than 300 songs.

Rehaman is the most talented music director there is. Rehman, who was born in 1967, got his start in the business by writing jingles for watch ads. Rehman wrote the music for more than 145 movies in English, French, German, Italian, and Spanish over the course of his 28-year career.