Do you want Telugu movie satellite rights and 2022 TV premiere dates? Then read on. We’ve gathered a list of 2022 Telugu films premiering on World TV. This webpage will be updated with the latest Telugu TV premieres. 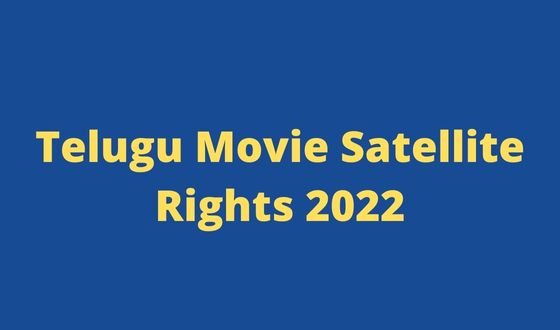 The following Telugu films have been released in theatres and are awaiting world television premieres on Gemini TV, ZEE Telugu, and Star Maa.

The following TV stations have satellite rights to unreleased Telugu films in theatres.

What are Movie Satellite Rights?

When 90% of theatre owners want to stop showing a film, its makers agree to let TV channels premiere it on small screens. Due to the competitive TV industry, TV stations are striking partnerships with filmmakers before their films’ premieres. Most films settle after release. Any Super Hit movie gets its TV premiere 2 to 3 months after its theatrical release. Film success and cooperation agreements govern the distance between theatres and TV.

✅ What Are The Top 5 Telugu Channels for Latest Movies?

✅ Which Telugu TV Channel has bought the Satellite Rights of Vakeel Saab?

ZEE Telugu has secured the satellite rights to “Vakeel Saab”

✅ What is the Ala Vaikuthapurramuloo TRP rating?

First-time TRP for Ala Vaikuthapurramuloo is 29.4.

✅ Which is the Top Telugu Movie in TRP?

Ala Vaikuthapurramuloo has the highest TRP rating.

✅ What is the Highest TRP for a Telugu movie till date?

Ala Vaikuthapurramuloo has the highest TRP of any Telugu film.