Ranga Ranga Vaibhavanga Movie Review: A member of the Mega family named Panja Vaishnav Tej debuted successfully in the film “Uppena.” The second collaboration of Vaishnav Tej and Krish earned negative reviews. Today, September 2, 2022, Ranga Ranga Vaibhavanga, a romantic comedy starring Vaishnav Tej, debuted. I’ll tell you whether or not you should see this movie in a theatre, so you won’t have to ponder whether or not you should. 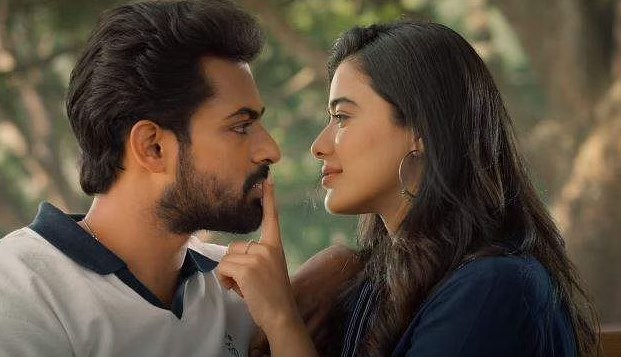 Rishi and Radha were formerly close companions, but something turned them against one another. They have agreed to remain silent over their previous dispute until one of them talks. The families of Rishi and Radha are close, but their egos are increasing as they seek to bring their children together. Rishi and Radha overcame their early animosity and egotism in order to become in love.

In Ranga Ranga Vaibhavanga, the primary plot begins immediately. The majority of Telugu films feature these kind of plots. Since they were young, the protagonists have been at odds with one another, but a surprising turn of events causes them to reassess their beliefs and even clash with one another’s families. Ranga Ranga Vaibhavanga’s plot is neither engaging nor original. This film, however, contains everything a family-friendly audience might want: music, arguments, difficult family connections, love, and friendship. There is nothing new or captivating in either the first or second act that would motivate a new audience member to stay.

And as if Panja Vaishnav Tej’s lacklustre performance in his debut film wasn’t bad enough, he totally failed in this one. Clearly, he has to improve his acting talents, as he often repeats the same line. Ketika Sharma, although possessing a doll-like appearance, lacks stage presence. With the resources available to him, Naveen Chandra executed wonderfully. Two veteran performers, Naresh and Prabhu, provided amazing performances. Rajkumar Kasireddy and Satya share a little chuckle. Harshini and the other performers performed their jobs beautifully.

Ranga Ranga Vaibhavanga is not of good visual calibre. Even though he is immensely popular, Devi Sri Prasad is only known for his inferior composition. In lieu of new music for each scene, his most recent films feature instrumental versions of the songs he composed for them. Shamdat Sainudeen did an excellent job as the cinematographer for this film. While some of the photographs contain a palpable sense of exhilaration, the intensity of the colours in others might make viewers feel uneasy. The film’s popularity was mainly impacted by BVSN Prasad’s receptivity to the director’s concept.

The success of the Tamil version of “Arjun Reddy” compelled filmmaker Gireeshaaya to seek for new material for Telugu audiences. Ranga Ranga Vaibhavanga has all the elements of a classic family film, but the plot and execution are forgettable.

Ranga Ranga Vaibhavanga does not deviate significantly from the standard family comedy.