Ranga Ranga Vaibhavanga Movie Box Office Collections: The film Ranga Ranga Vaibhavanga was released in theatres yesterday, on September 2, 2022. The trailer for the film was captivating and attracted both children and adults. However, Panja Vaishnav Tej’s previous film was a failure, and this one appeared to be a traditional love story based on the songs and promotional materials. Ranga Ranga Vaibhavanga premiered to approximately 1.2 crores in both Telegu states, which is a solid start for a hero who has only acted in two films. Let’s hope the film does well at the box office in the coming days and generates enough additional revenue to break even. 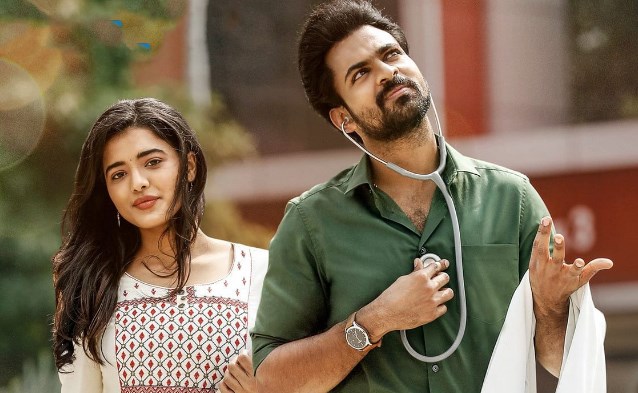 Ranga Ranga Vaibhavanga stars Panja Vaishnav Tej and Ketika Sharma in the lead roles, with Naveen Chandra, Subbaraju, Ali, Prabhu, Naresh, Satya, Rajkumar Kasireddy, and Harshini in supporting roles. The director of the film is Gireeshaaya, and the producer is BVSN Prasad. The film’s music was composed by Devi Sri Prasad, and Shamdat Sainudeen was in charge of photography.

Ranga Ranga Vaibhavanga Film had an impressive first day gross of approximately 2.10 crores. According to sources, the film’s pre-release business in Telugu states, including digital rights, was approximately 10 crores. We can only hope that the film does well at the box office in the coming days, as it must earn a substantial amount to break even.