Oke Oka Jeevitham Movie Review: Sharwanand is currently having a difficult time as a result of the poor reception that his most recent films received from audiences. His previous film, Aadavallu Meeku Johaarlu, was met with negative reviews from viewers and critics alike, and it did not perform well at the box office. As a result, he hastily produced Oke Oka Jeevitham, a film with a fresh concept (also known as Kanam in Tamil). The purpose of this in-depth investigation is to determine whether or not Sharwanand encourages people to continue going to the movies. 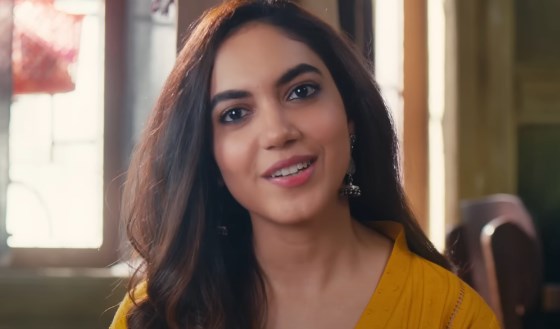 Adi is a musician and singer who has aspirations of being renowned, but he experiences anxiety whenever he is required to play in front of a sizable audience. Both Seenu and Chaitu, two of his closest buddies, are currently facing challenging circumstances. These three close friends had an encounter with a researcher who speculates that it might be possible to travel through time. Despite the fact that he is still grieving over the loss of his mother, Adi makes the decision to travel through time in order to fix things. Because of this decision, the remaining chapters of the book detail what transpires in the lives of Adi, Seenu, and Chaitu.

Sharwanand, Ritu Varma, Amala Akkineni, Vennela Kishore, Priyadarshi, Nassar, Ali, Ravi Raghavendra, Yog Jappe, Madhunandan, Jay Adithya, Nithyaraj, and Hitesh all had parts in Oke Oka Jeevitham. Vennela Kishore also plays a supporting role. Shree Karthick is in charge of directing the movie, and S. R. Prabhu and S. R. Prakash Babu are the producers of the film. Jakes Bejoy was the composer of the film’s score, and Sujith Sarang was the one responsible for recording it.

There are not a lot of films in the Telugu language that are based on science fiction. It’s likely that Aditya 369 is the first full-length Telugu movie to discuss traveling through time, but it’s definitely one of the best. It’s wonderful to mix things up every once in a while, especially when we’re not exclusively viewing suspense films, dramatic comedies, and romantic comedies like Oke Oke Jeevitham. In spite of the fact that it is about time travel, this film contains all that is necessary to appeal to a diverse audience. However, the plot of the movie isn’t particularly good, which may cause some viewers to become uninterested. The movie put a lot of effort into explaining how time travel and fate worked, and it did a good job of doing so.

The role of Adi, the devoted son, is very well played by Sharwanand here. When it comes to acting, he is at his absolute best in dramatic moments. Amala Akkineni returned to Telugu films after the release of “Life Is Beautiful,” and she once again enjoyed success in those films. Even though she didn’t have much of a screen presence, Ritu Varma did a fantastic job in the position that she was cast in. Both “Vennela” Kishore and Priyadarshi did an excellent job with the parts they were given and contributed a significant deal of the show’s much-required comedic relief. Because Nasser is able to fully inhabit his roles, his performances always have a convincingly authentic feel to them. The tale was moved forward tremendously thanks to the strong performances of all of the supporting characters.

The movie is flawlessly executed from a technical standpoint. Great melodies can be found in Amma and Okate Kadha, both of which were written by Jakes Bejoy. The score is a perfect complement to the film’s atmosphere. Sujith Sarang performs admirably in front of the camera, as seen by the fact that several of the resulting photographs are quite high-quality. It is inevitable that some expenditures will have to be reduced in order to remain within the allotted budget, as time travel stories typically involve more expensive special effects. The movie has been put together in a satisfactory manner.

The manner in which Shree Karthick creates films is very impressive. The first film by this director did a fantastic job with time travel, doing a good job of making the concept crystal apparent and simple to grasp.

The time travel and intense feelings that are depicted in the Telugu film Oke Oka Jeevitham are excellent examples of how these two elements can function effectively together. Because it contains original concepts, this film ought to be screened in movie theatres.