Nenu Meeku Baaga Kavalsinavaadini Movie Review: Young actor Kiran Abbavaram, who has been releasing films consecutively, recently released the unsuccessful picture Sammathame, and now he has released the straightforward mass-appeal film “Nenu Meeku Baaga Kavalsinavaadini.” The film was launched today, September 16, 2022, in response to the anticipation generated by the film’s trailer and songs. 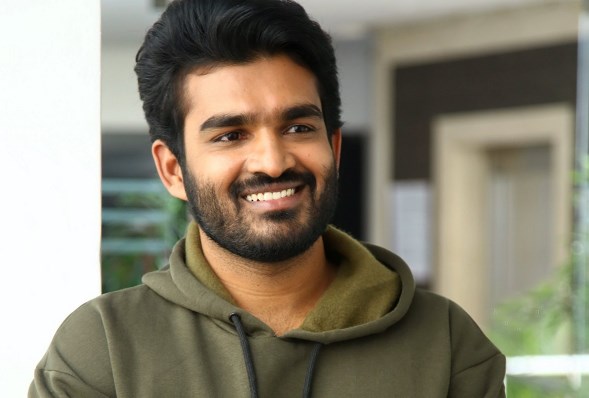 One day, a taxi driver who has carelessly rescued a woman from thugs, and he later fell in love with her. However, things were not as straightforward as they seemed because her father rejected her love, so he decided to convince him to marry her. The remainder of the story depends on whether he marries his girlfriend.

The plot of Nenu Meeku Baaga Kavalsinavaadini is dated since it largely relies on daughter and parent emotions that have been misused throughout time. It is unfathomable that these films would be released in 2022. People used to watch commercial films even if they had a plot, but things have significantly changed. Now, if a film lacked a plot, it would fail miserably at the box office. Let’s observe their reaction.

There were a few comic situations, songs, and action sequences in the first half, but none of these components grabbed your interest. The emphasis moved to more action in the second half, which did not suit Kiran Abbavaram. From the beginning to the finish of the film, the acting was dull, the situations were useless, and the writing lacked direction. He would have been better off concentrating on his acting.

From SR. Kalyana Mandapam to Nenu Meeku Baaga Kavalsinavaadini, Kiran Sabbavaram imitates himself. Sanjana Anand has some acting potential, but after an extended break, she was unable to convey a few emotions. S.V. Krishna Reddy plays a significant role in the film, although his acting abilities are limited, and the rest of the ensemble is only adequate.
Both Kiran Abbavaram and Sridhar Gade had difficulty writing a screenplay that would hold the audience’s interest.

The rest of the technical team performed admirably, but Nenu Meeku Baaga Kavalsinavaadini lacks technical excellence. Raj K Nalli’s graphics are acceptable, and Manisharma’s songs failed to connect, although he dazzled in a few instances with his background score.

Nenu Meeku Baaga Kavalsinavaadini is a dated commercial film; nonetheless, if you enjoy the work of Kiran Abbavaram, you should see it.