First Day First Show Movie Review: Anudeep KV’s fame rose during the Jathiratnalu campaign, therefore he probably doesn’t need an introduction. His distinct sense of humour and way of moving set him apart as a filmmaker. He is currently shooting the Siva Karthikeyan-starrer Prince. 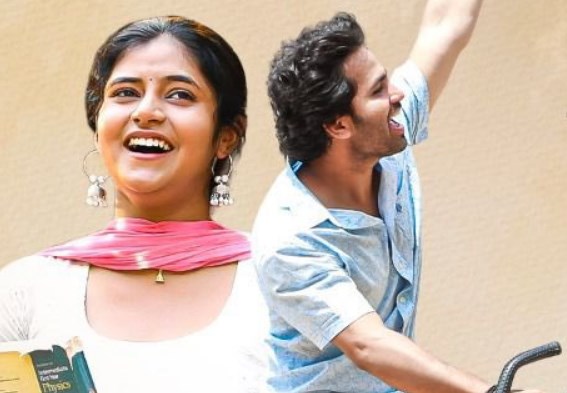 However, the screenplay for the movie First Day, First Show was written by Anudeep KV. Anudeep copied Jathiratnalu and used the same marketing technique to gain attention. However, the movie has been out for a while and is doing well as of today, September 2, 2022. Let’s go into the review’s specifics to decide if you should see this movie.

You should see Khushi on opening day if you are a huge Pawan Kalyan fan and embrace life to the fullest. In the interval, he developed feelings for Laya. She requested him to get tickets for Khushi on the first day, which was funny, but he was unable to go because of the crowd. Has he have a chance of winning her heart eventually? How will the story end? Will he watch the first show of the day?

Despite the fact that the first half of the movie is mostly boring, with the exception of a few funny bloopers, you’ll probably have a wonderful time if you don’t care about the plot.
Because the entire screenplay is made up of generic comedic set pieces, a predictable love story, and a foolish finale, the second act only manages to maintain your interest for a short while. A satirical movie, First Day, First Show isn’t very well-made.

Tanikella Bharani, Vennela Kishore, Prabhas Sreeenu, and Mahesh Achanta are all good in their roles, as are Srikant Reddy, who was conversant in the Telangana dialect.

Anudeep KV’s story is uninteresting and was created purely for laughs. He may have created a better script with the help of his assistant Vamshidhar Goud, who also starred in the movie. You might think that Anudeep KV is portraying a different character when you watch the movie.

Although some of the tracks are fantastic, some make us think of Jathi Rathnalu’s music. Additionally, the film’s background music and cinematography, done by Radhan and Prasanth Ankireddy, are of poor quality, resulting in a barely passable technical rating. The remaining technical elements, though, are superb and nicely match the story.

Last but not least, First Day, First Show is a funny movie that is worth watching.