Dongalunnaru Jaagratha Movie Review: Simha Koduri’s debut film, Mathu Vadalara, was a big success, while his second film, Thellavarithe Guruvaram, was a flop. After a nearly one-year sabbatical, he debuted his latest film, “Dongalunnaru Jaagratha,” today, and it is being touted as Telugu’s first survival thriller. Let’s have a look at a thorough review of the picture to see if it will thrill us at the theatre and if Simha Koduri will be able to experience success once more. 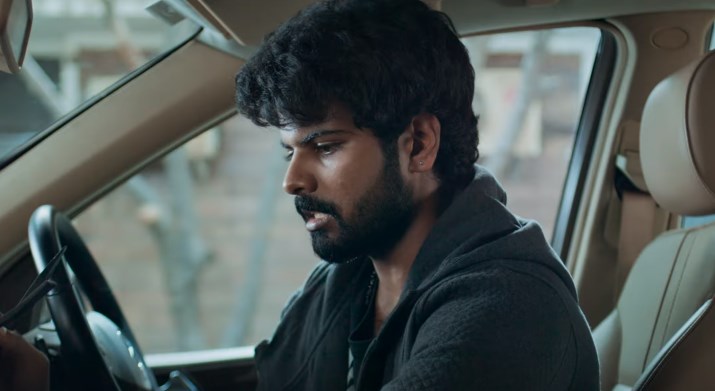 Raju, a small-time burglar, decides to rob a nice SUV, but quickly discovers that the vehicle is useless. At this point, Raju begins an agonizing race against time to stay alive inside the SUV while an enemy on the outside has complete possession of it. What does the antagonist desire? Is Raju a pre-selected victim? Raju, how much longer can you expect him to live?

Sri Simha Koduri, the son of legendary musician MM Keeravani, is attempting to differentiate himself in Telugu films by choosing unorthodox subjects. Dongalunnaru Jaagratha begins intriguingly and builds some suspense, but the film loses its direction with some unnecessary humorous portions interjected. Even though there was some exciting action in the film, we may have the impression that something was lacking, making the film appear uninteresting. There are a few exciting and engaging moments in both the early and second parts of the film, but it appears uninteresting overall.

When it comes to acting, the majority of the film’s segments center on the central character, who is imprisoned in a car and is shot in a small, constrained area, forcing the actor to perform in up-close situations. Simha Koduri tried hard to keep his acting under control throughout the film, but because most of the scenes are shot up close, it is clear to notice his inexperience. Simha has amazing comedic timing, but he looks to struggle when it comes to depicting other emotions, however, he can improve. All of the other actors worked excellently in their cameo roles, and Samuthirakani, despite his limited screen time, did a fair job.

On paper, Dongalunnaru Jaagratha appears to be fine. The background music by Kaala Bhairava is great; it heightens the intensity in some of the scenarios depicted on film. Yeshwanth C.’s cinematography deserves to be recognized for his hard work. Despite the fact that most of the sequences were shot inside a car, the filmmaker attempted to distinguish the perspectives by using multiple camera perspectives. The production values of the film are adequate.

Satish Tripura should be applauded for choosing a survival thriller as his first effort, but he should have focused more on the frightening parts and logic of the picture. Nonetheless, his efforts should be recognized for introducing Telugu to a previously uncharted genre.