Here are the most recent news items about Bandi Sanjay Kumar. Information about the person’s life, Wiki, age, cast, and education. Sanjay Kumar Bandi is a member of Parliament and a member of the Bharatiya Janata Party. He was chosen to represent Karimnagar, Telangana, in the 17th Lok Sabha, which will meet in 2019. He has been convicted of six crimes and owes money totaling 13,41,800 Rupees. 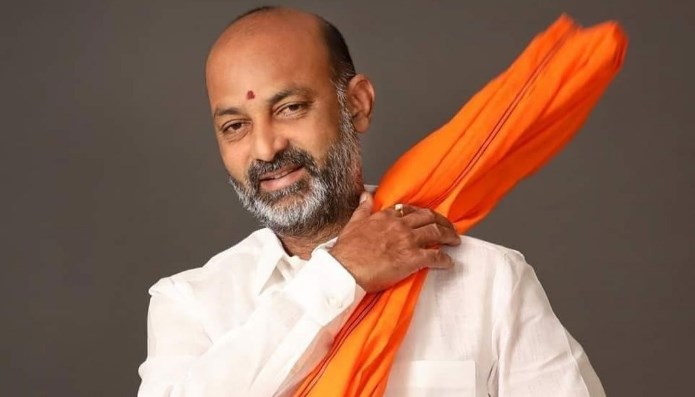 He is the most involved politician in the Telugu state of Telangana. The Telangana Bharatiya Janata Party has chosen Bandi Sanjay, a newly elected MP from Karimanagar, to be its new president in 2020. The Karimnagar Member of Parliament’s strong ties to the Rastriya Swayamsewak Sangh (RSS) and his convincing victory in parliamentary elections in a region thought to be a stronghold of the Telangana Rastra Samithi (TRS) put him in the national spotlight.

Sanjay Kumar Bandi is the leader of the Bharatiya Janata Party in the state of Telangana and a member of Parliament from Karimnagar. He was born in Karimnagar and now lives at H No 2-10-1525 (New), 2-10-1145 (Old) Jyothi Nagar, Karim Nagar, Telangana- 505001, Telangana. He is a social worker and has a graduate degree in business.
From 1994 to 2003, he was the Director of The Karimnagar Co-operative Urban Bank for two terms. Bhartiya Janata Yuva Morcha Karimnagar has held many positions, such as Town General Secretary, Town President, State Executive Member, State Vice President, National Executive Member, and National Secretary. They have also been in charge of the Bharatiya Janata Party in Kerala and Tamil Nadu.

Bandi Sanjay Kumar is from a group called the Munnuru Kapu.

On July 11, 1971, he was born in Karimnagar to the late B. Narasiah and the late B. Shakunthala. In 1986, he graduated from Sri Saraswathi Shishumandir Unnata Paatashaala in Karimnagar with an SSC Standard. In 2014, he went back to school and got an M.A. from Madhurai Kamaraj University in Tamilnadu.
As a child, Sanjay was also a member of the Rashtriya Swayamsevak Sangh (RSS). He joined the group when he was twelve years old. Sanjay was active in the Akhil Bharatiya Vidyarthi Parishad (ABVP), which is the student wing of the RSS. He eventually became the Town President and a State Executive Member of the group. He was also a member of the Bharatiya Janata Yuva Morcha, which is the youth wing of the BJP.

Mr. Bandi Sanjay Kumar was elected three times as a municipal corporator in Karimnagar in 2005. He also ran for the Karimnagar Assembly seat in 2014 and 2018, but TRS candidate Gangula Kamalakar beat him both times. In the 2018 Assembly elections, Sanjay got 66,009 votes from the Karimnagar Assembly segment. This was the most votes for a BJP candidate in the whole state. The top leaders of the BJP chose him as President of the Telangana BJP and Chief of the Telangana BJP on March 11, 2020. He also joined the Board of the All India Institute of Medical Sciences (AIIMS) in Bibinagar, Hyderabad, Telangana in 2020.