Aakasa Veedhullo Movie Review: The young individuals who made the trailer and teaser for “Aakasa Veedhullo,” a touching love story, had little trouble generating interest. On the other hand, Gautham Krishna was both in and in control of Aakasha Veedhullo. Today, September 2, 2022, the film premiered to mainly positive reviews and a large audience. So, without further ado, let’s get down to business and determine whether or not the film is worth your time. 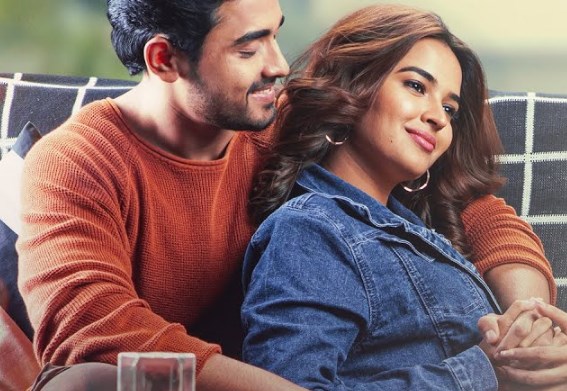 The figure of Gautam Krishna Siddhu finds refuge in music after a failed relationship. To make matters worse, Dharma Music Production notifies him that he is no longer a member of the team. Their drinking and drug use of Siddhu ruined his musical career. The manner in which he overcomes these difficulties reveals how the plot is constructed.

In various films, including Aakasa Veedhullo, the protagonist experiences post-romantic relationship depression. Even though he has a demanding job and a family to care for, he never stops thinking about his true love. The story, the predictable situations, and the lackluster performances are all stale.

Some of the film’s love and travel scenes are not exactly original, but they are enjoyable, so you may find yourself watching them for a while. Aside from these parts, the remainder of the film is monotonous. Aakasa Veedhullo is about a character’s journey, but the director did not do a good job developing Hero, thus he does not feel like a different person by the end of the film. This may explain why the central concept of the story fails to resonate.

The film’s brilliant performer and the director are Gautham Krishna. However, his debut film as a director was a failure. Even if the plot is not particularly creative, a more experienced director may have helped the film seem better. The remaining cast members were similarly impressive.

The technical components of Aakasa Veedhullo are all great, from Vishwanath Reddy’s photography to Judah Sandhy’s score. This by itself would have been sufficient to save the film.

Finally, if you are bored, you could watch Aakasa Veedhullo.